Shri Baglamukhi Mata is known for:

The photo above is the photo of the inside of Bagalamukhi Temple in Patan, Lalitpur, Nepal.

Bagulamukhi means the back side of Shiva. She dress herself in yellow garments and her skin is also yellowish in color, very soft, and smooth. Bagalamukhi is portrayed as an angry goddess who is pulling the tongue of an Asura by her left hand and her right hand ready to strike on the Asura‘s head.

She is believed to bring fortune to her worshipers. Her limitless power can stop the tide of a river, can make the wind stand still and and even sooth a fire. The king of Gods, Indra trembles at the sight of hers. It is said that, she can achieve anything. Bagalamukhi can even do the things the things other God or Goddess can’t do for their Bhaktas.

The word Bagala is derived from the word Valga (meaning – bridle or the rein that we put in the mouth to control the movements of tongue and direction) which, became Vagla and then Bagla. 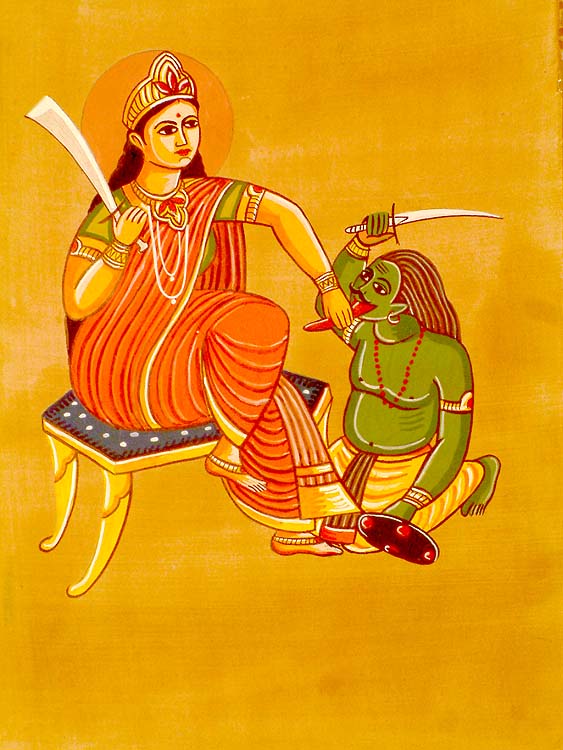